The Community Development Department is responsible for the administration of two Housing and Urban Development (HUD) formula grant programs that provide our community with funding for activities that benefit the community and improves the quality of life for all.

The Low Income Housing Tax Credit (LITHC) program is an indirect Federal subsidy that started in 1986, under § 42 of the Internal Revenue Code, 26 U.S.C. § 42 as a market based incentive to encourage private investment & development of affordable rental housing.  In Texas, the program is administrated by the Texas Department of Housing & Community Affairs (TDHCA).

Each year TDHCA allocates tax credits in a competitive process that ensures fair distribution based on a regional allocation formula and a legislatively prescribed scoring system.  Tax credits are awarded by the TDHCA based on regions.  The City of Killeen is in Region 8, in the urban sub-region.  Points are available to developers for securing a resolution of local government support and possible local government commitment of funding.

The Killeen City Council has developed a policy and application process to review all tax credit proposals coming before the governing body for Resolutions of Support or Resolutions of No Objection. The policy includes an established set of criteria to be used when considering local support. All criteria is listed in the application. The application is a PDF fillable document. All applications are due to the City by 1/7/22. For questions related to this program, please contact Leslie Hinkle, Executive Director of Community Development – 254-501-7847 or via email at lhinkle@killeentexas.gov

HUD's mission is to create strong, sustainable, inclusive communities and quality affordable homes for all. HUD is working to: 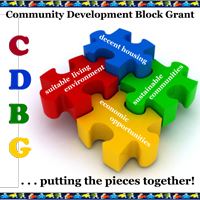 HUD determines the amount of each grant [entitlement amount] by using a formula based distribution system comprised of several measures of community need, including the:

The City of Killeen is an “entitlement” community.

CDBG is an important tool for helping local governments tackle serious challenges facing their communities. The CDBG program works to ensure decent affordable housing, to provide services to the most vulnerable in our communities, and to create jobs through the expansion and retention of businesses. For over 40 years, the CDBG program has made a difference in the lives of millions of people and their communities across the Nation principally by assisting to low- and moderate-income persons and families. 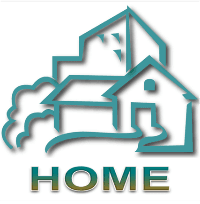 The HOME Program was created by the National Affordable Housing Act of 1990, (under Title II - the Home Investment Partnerships Act). This Act represents affirmation of the Federal government's commitment to providing decent, safe, and affordable housing for all Americans and to alleviating the problems of excessive rent burdens, homelessness, and deteriorating housing stock nationwide.

Eligible entities such as community housing development organizations, subrecipients, developers, owners and sponsors are encouraged to apply for HOME funds. All City of Killeen HOME program funds are allocated through a competitive process. (see Community Planning Meetings and Applications for Funding)

One of the goals of the HOME Program is to establish strong public/private partnerships. This requires the City as well as eligible entities to make all reasonable efforts to maximize participation by private lenders and other members of the private sector. [The Community Reinvestment Act (CRA) requirements provide an incentive to private lending institutions to become involved in HOME Program activities].

Objectives of the HOME Program