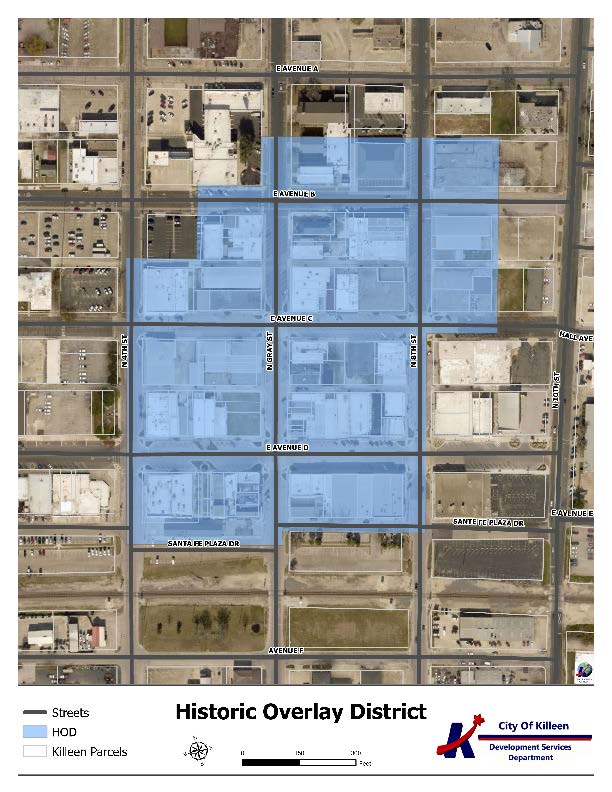 Come experience some of the original developments built in the late 1800s when the railroad first came to town. Visit the restored Santa Fe Depot now housing the Greater Killeen Chamber of Commerce, or take a stroll along Avenue D and imagine the City of Killeen's first hardware store, blacksmith shop, saloons and general stores. The streets were bustling with excitement and downtown had everything you needed.

View more information on these boards and meeting agendas here.

ABOUT THE NATIONAL REGISTER